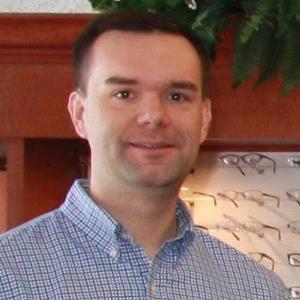 Mark Bowers grew up in Elizabethton, TN, and received his Doctor of Optometry from Southern College of Optometry in 2002.

He has a particular interest in the diagnosis and management of eye disease including dry eye treatment, diabetic eye disease, cataract, and glaucoma treatment.

Doctor Bowers loves traveling with his wife and three kids to explore national parks, the beach, and any small town on the southeastern coast. He also enjoys amateur photography, fishing, and boating.

From childhood, Dr. Bowers had a lifelong dream of flying and in 2007 after many years of training, he received his private pilot’s license and continues to pursue more advanced training.